Has actor James Earl Jones passed away? Find out how this happened. Where it began, and why you should not worry about it. 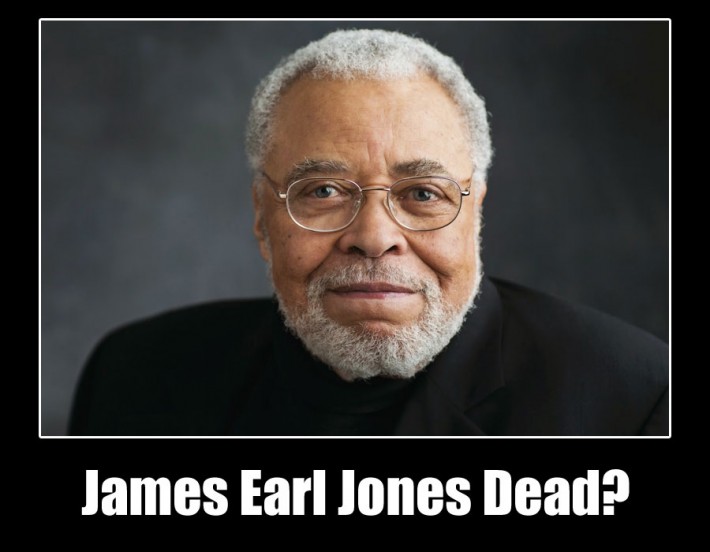 On August 26 2015, it was repoted that the well-known actor and voice talent, James Earl Jones had passed away.

Darth Vader may be dead...

The 84-year old actor has had a very long and rewarding career and is still very much active. 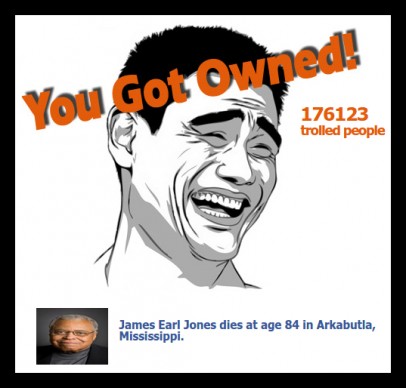 How did the rumor start?

It all began with a a news-like link that began circulating via social media. Although the link appeared to point to a real news story, it actually directed users to the prank web site Feednewz.com where they were greeted by a “You Got Owned” meme:

Anyone can create a “prank” headline on FeedNewz.com, a site that encourages users to spread false but sensational claims across the Internet and then encourages those who have already been fooled to continue sharing the joke.

Description: Has actor James Earl Jones passed away? Find out how this happened.